In this post, we’re going to look at how you can create a .NET Core Console app without leaving Visual Studio Code. This is something that I’ve personally used only when wanting to test something quickly all inside my favorite editor.

PowerShell inside of Visual Studio Code

You should have Visual Studio Code installed if you’ve been following the series. If not, you can find it here or read my last post. Open VS Code and you will notice there is a Toggle Terminal command shown on the start screen. 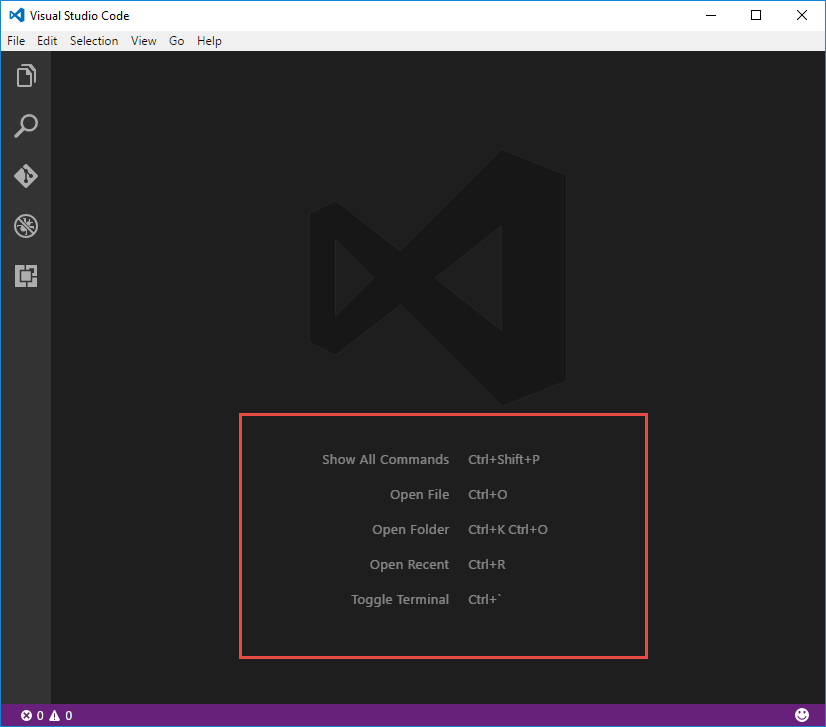 Press CTRL+` or go to View -> Integrated Terminal to bring up a PowerShell window. 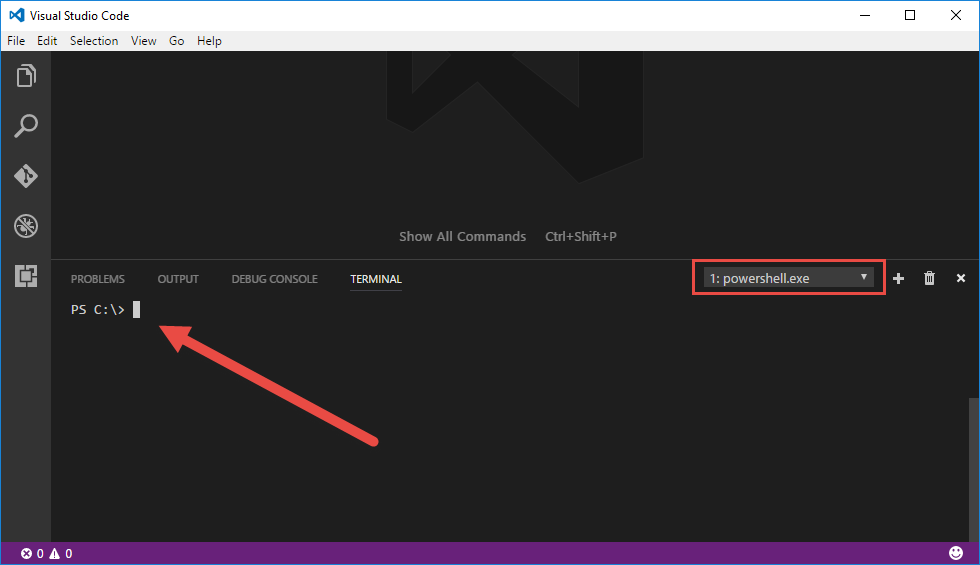 Go ahead and navigate to a folder where you want to create your app and type dotnet --info to make sure it recognizes that you have .NET Core installed. You should see something similar to the following depending on what version of .NET Core that you have :

Restore the packages and build it

You’ll see the following like we’ve seen many times before : 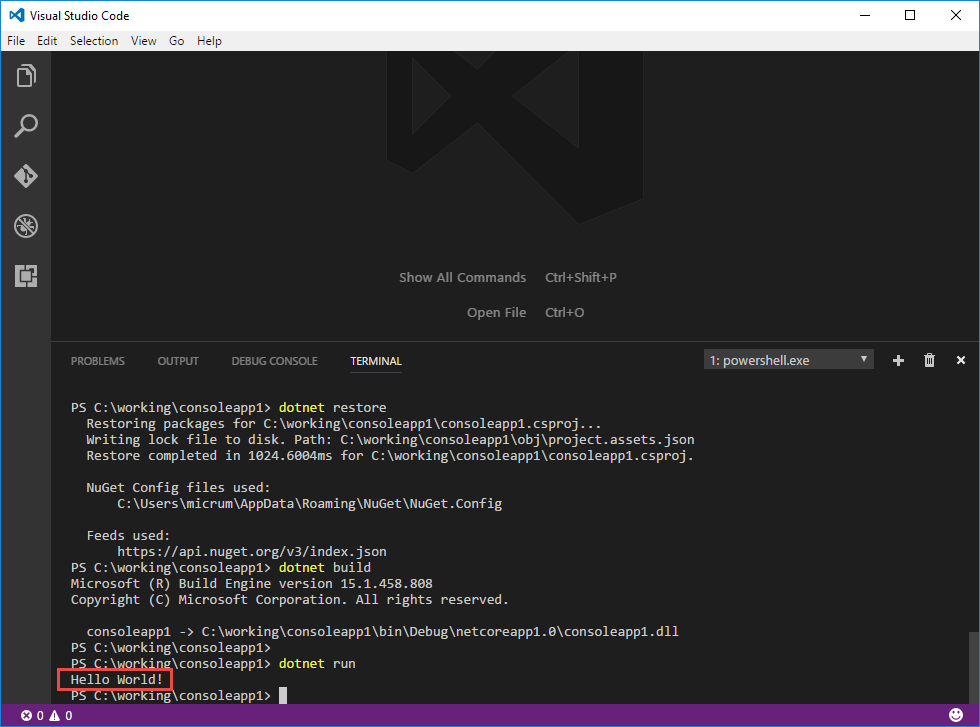 You can launch Visual Studio Code with the current directory by typing code . at this prompt. 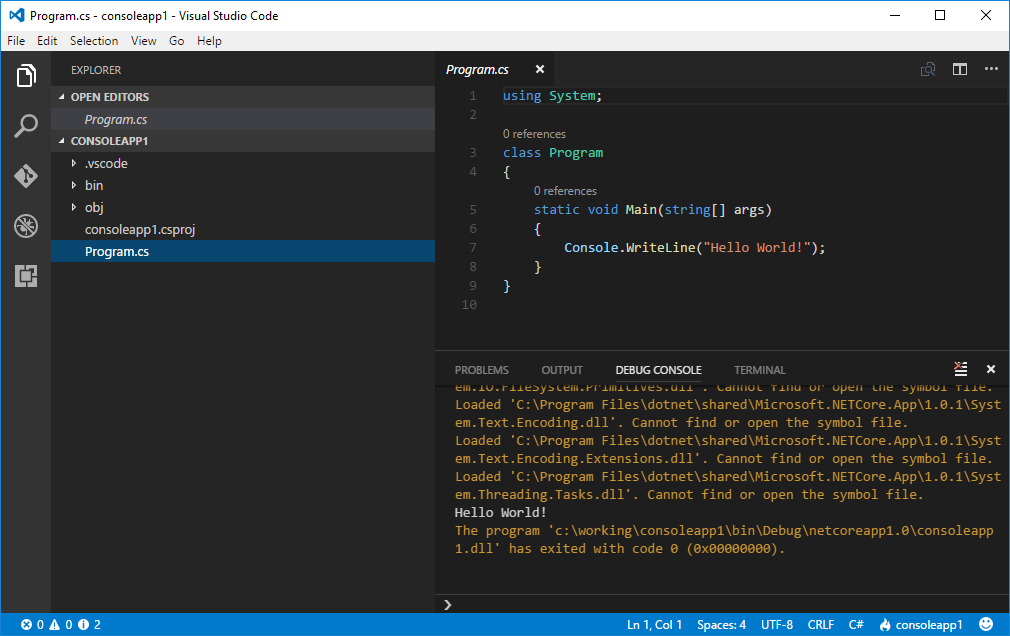