In this post, we’re going to look at how you can use JetBrains Rider with a .NET Core Console application.

What is JetBrains Rider?

JetBrains Rider is a cross-platform .NET IDE based on IntelliJ and ReSharper. If you’ve used WebStorm or customized Visual Studio before then you’ll feel right at home while installing Rider. Everything from the themes, keyboard maps and extensions feel right at home for .NET developers.

Keep in mind that Rider is an early access preview and anything is subject to change.

Before we do anything, make sure that you have installed JetBrains Rider. If you haven’t downloaded it before, then you can find it here. I downloaded the EAP version 18. After it is installed, your powerful new IDE presents you with the following menu: 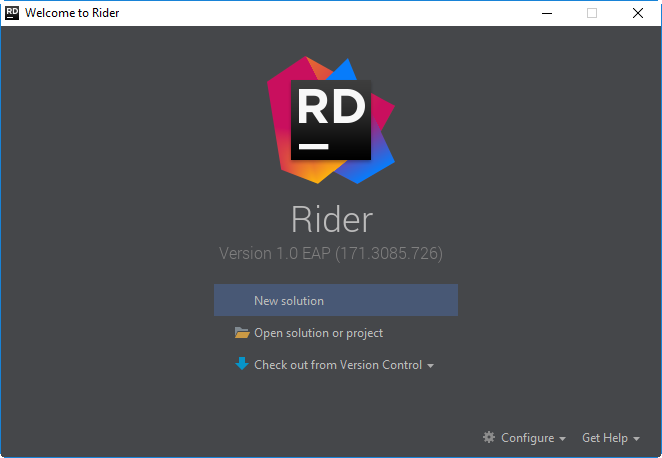 Go ahead and click on New Solution to see the following templates : 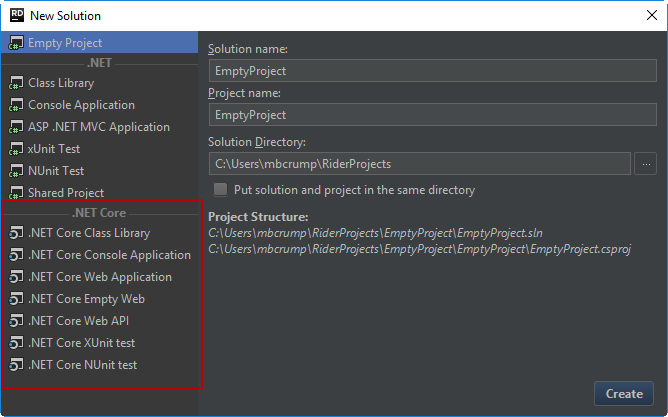 Nice! The .NET Core templates come free without doing anything!

Select .NET Core Console Application and take a look at the files in solution explorer : 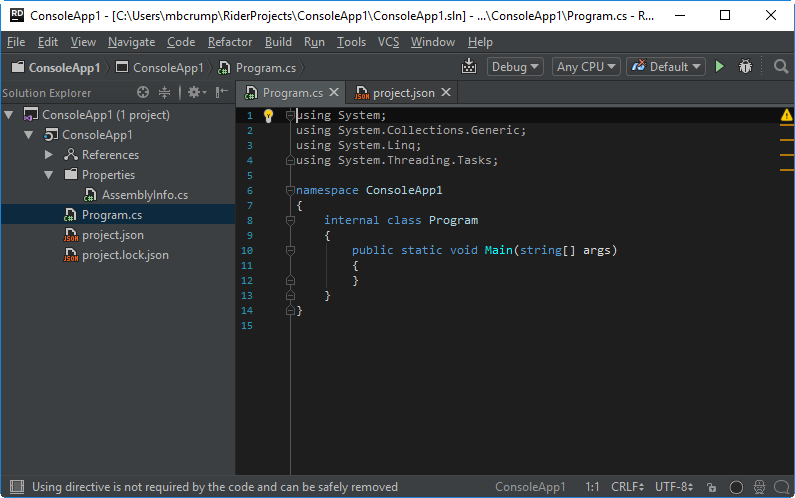 Notice the same files are created just like if you ran the dotnet new console command like we did before. There is a few differences in the Program.cs file that we’ll quickly examine:

If you create a new console app from the command line then it contains the following code :

As you can see Rider contains a few extra using statements, has a different namespace, marks the Program class as internal and does not have the “Hello World” stub.

If you run the app by hitting the play button, then you’ll notice the following configuration screen pops up : 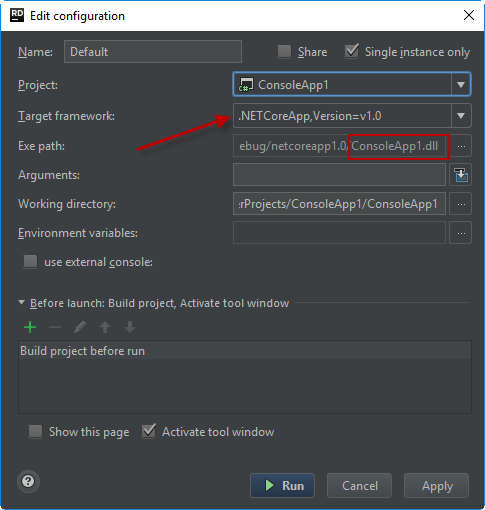 Notice that it’s using .NET Core as the framework as discussed in previous blog post and that the output is a .DLL.

Go ahead and hit apply and then run and you’ll see that it run the following command :

No surprise here. It called dotnet and passed in the .dll that it had created. We don’t have an output as there is no code.

Tip: If you ever want to know what SDK Rider is using, you could always open a command prompt and navigate to Program Files and run dotnet --info. I found this helpful as I have multiple SDKs installed.

You can also debug the app, by setting your breakpoint and clicking the debug icon and examining the output window as shown below : 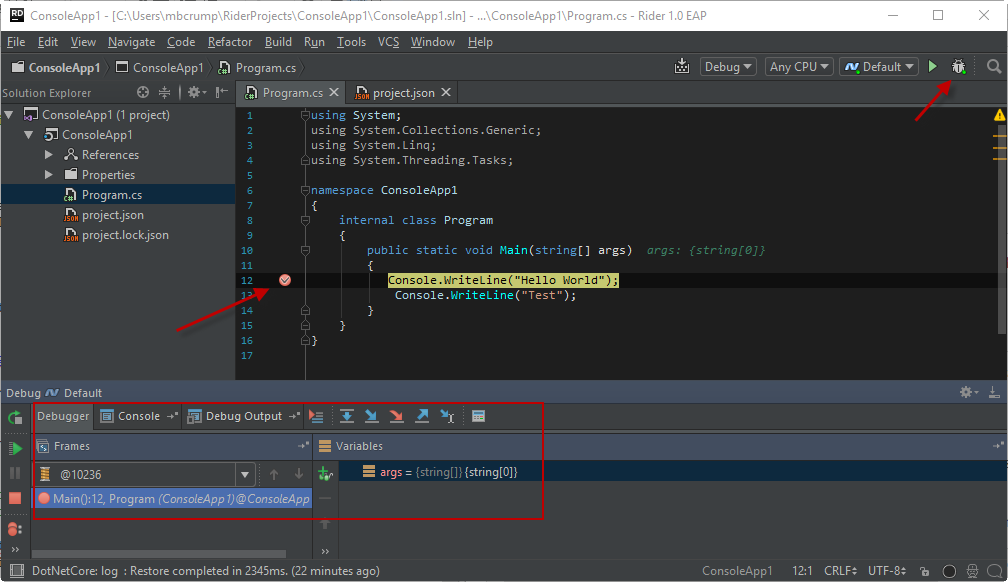 I’m really enjoying Rider so far and it should get a lot better as the final release is around the corner. As always, thanks for reading and smash one of those share buttons to give this post some love if you found it helpful. Also, feel free to leave a comment below or follow me on twitter for daily links and tips.