In this post, we’re going to look at how you can use Visual Studio Code with a .NET Core Console application.

Before we do anything, make sure that you have installed Visual Studio Code. If you haven’t downloaded it before, then you can find it here. After it is installed, your powerful new editor is ready to go: 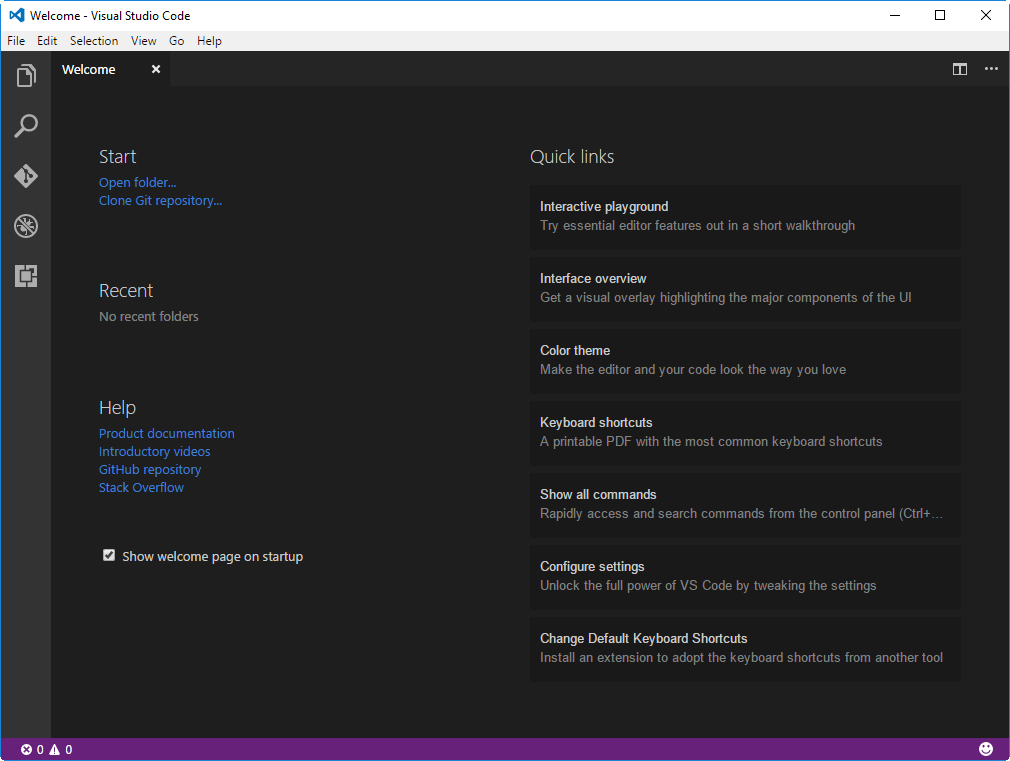 Launch VS Code Quick Open by pressing (Ctrl+P) and paste ext install csharp. Take the first option as highlighted below: 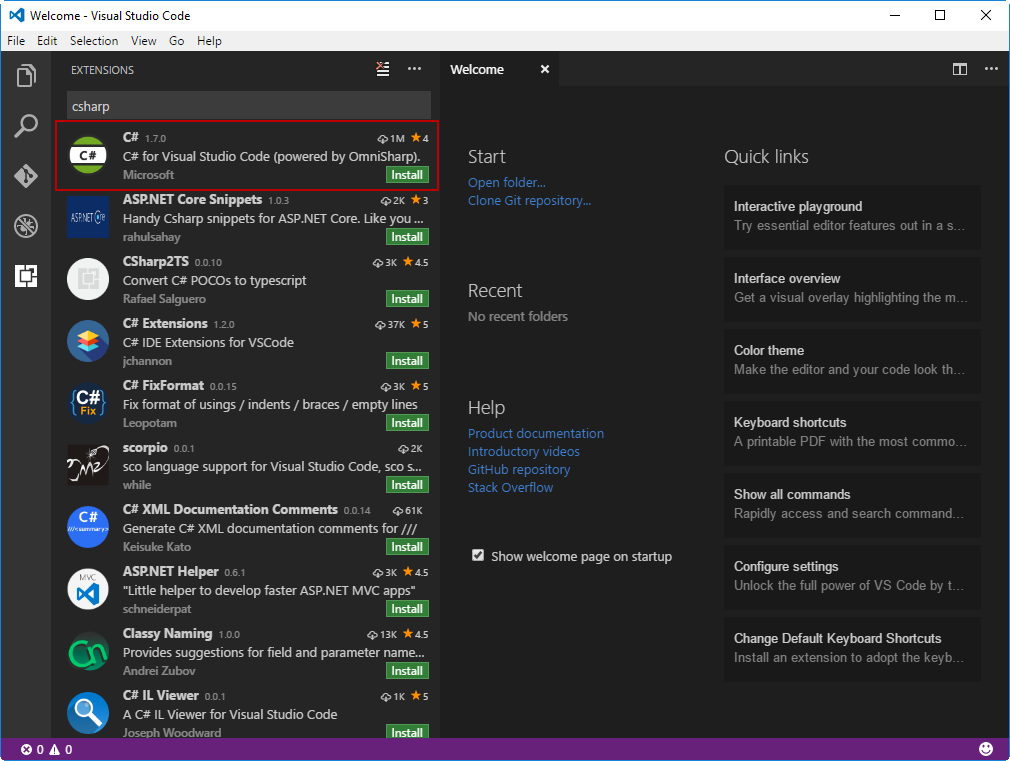 I typically hit the reload button afterwards to make sure that it took.

Back to the Command Prompt

Note: I’m using the latest RC of .NET Core and YES, I’m very aware that you can create a .NET Core Console app inside of VS Code. Maybe a post for another day?

To create a new console app, I typed

If I didn’t specify it then it would have created a console app anyways (in the current LTS), but we need to get into the habit of specifying the type as it may change.

Restore the packages by typing dotnet restore and build it with dotnet build.

Run the app with dotnet run (again nothing new here) and you’ll see the following:

If you examine the Program.cs file, then it has the following code:

Just keep in mind here that it displays “Hello World”.

Pro tip: You can open files directly in VS Code from the command prompt with code filename.cs.

Inside of Visual Studio Code

Switch back over to Visual Studio Code and open the folder of the Console app that you just created.

You will be prompted of a warning and missing assets. Make sure that you yes and restore as shown below: 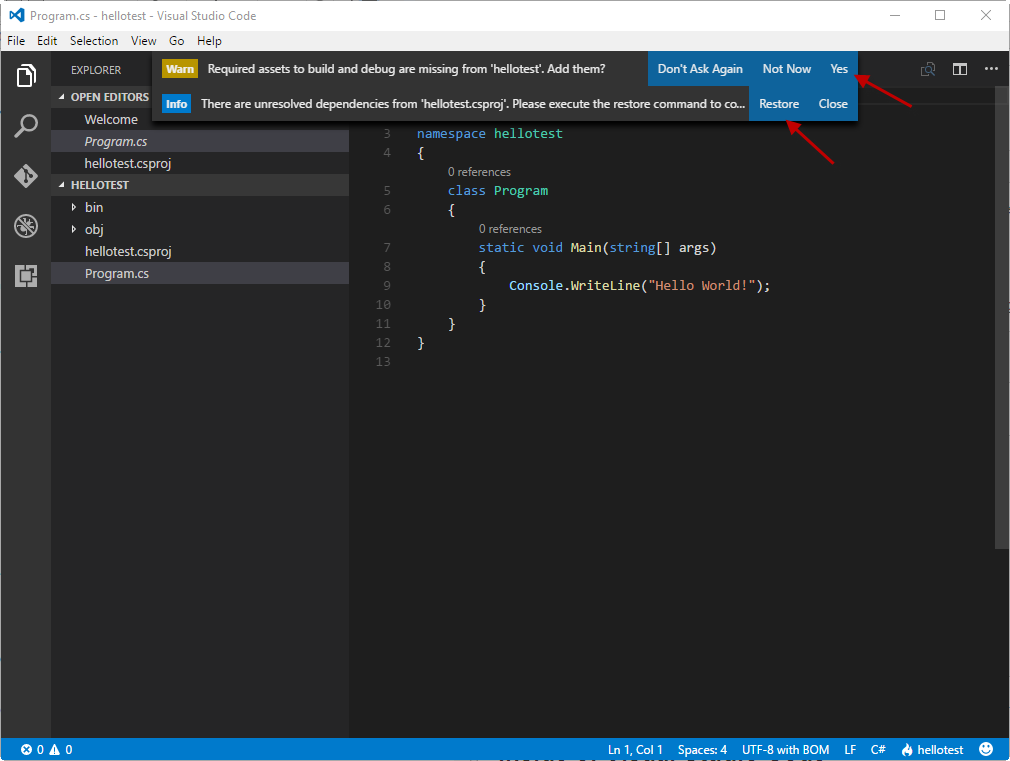 Click on the Debug icon, and make sure .NET Core Launch is selected and hit the run button. You should be able to see in the Debug Console the result of your console app. 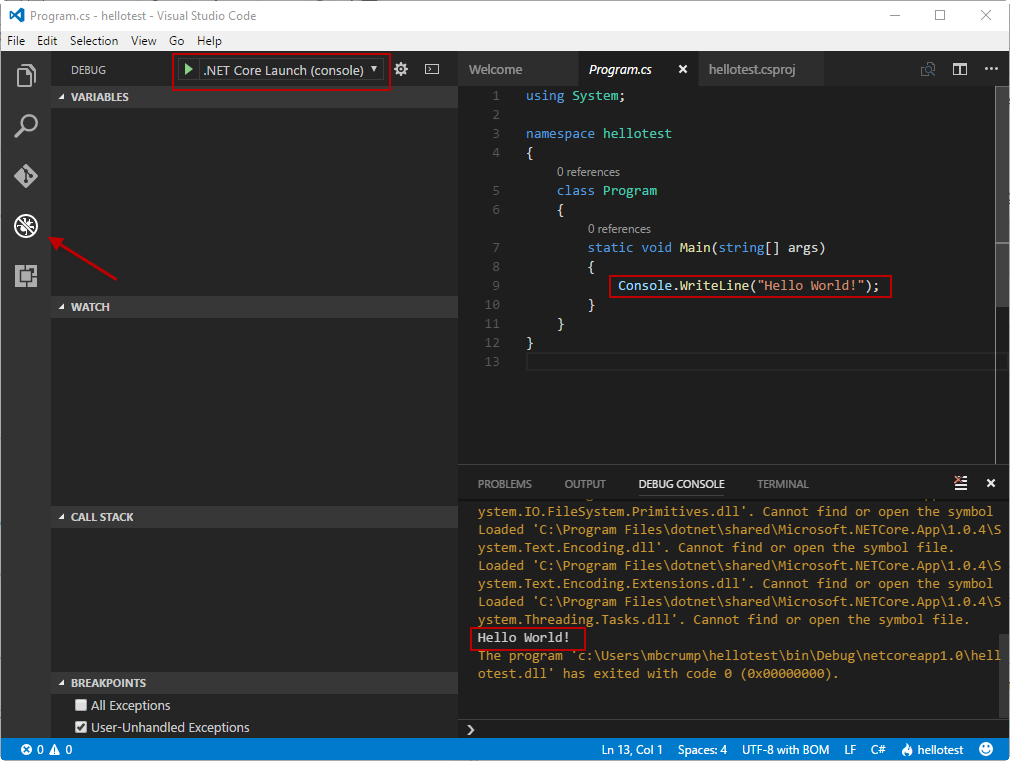 Ignore the errors in this screenshot as I’ve been putting .NET Core through the ringer :)