Containers for the rest of us

For some reason, I find containers are confusing and my goal with my Azure Tips and Tricks is to try to make things easier. In this mini-series, I’ll walk you through Docker and how I use it with Azure. Below is a list of post that you can expect for this week.

Create an app to run inside a Container Image with Docker

Let’s continue where we left off in our last post, which showed how to get started using Docker. We’re specifically looking at how I use Docker with Azure in these posts.

Begin by opening two tabs instances of either command prompt or terminal. In the right tab, enter the following command to see what docker images are available.

Let’s run the following command passing the run parameter, an interactive terminal and naming our app and the image id which the first couple of letters (found with the above command) is good enough.

After this command executes, I’ll be inside my container.

I can validate this by running dotnet --info 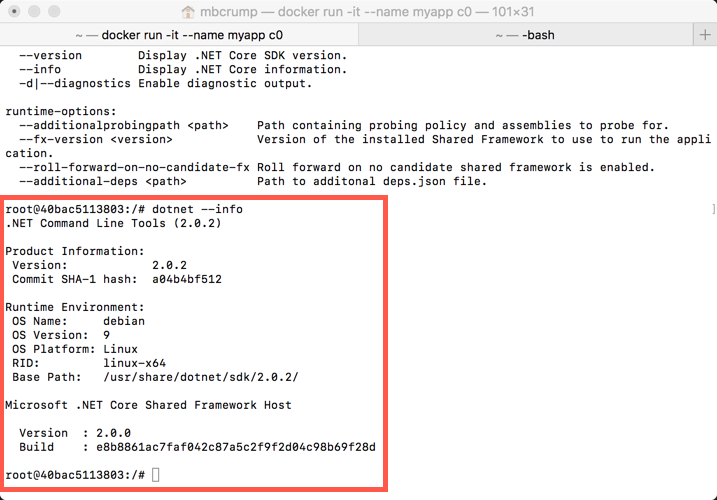 We could further validate this by running uname -r or just uname.

Let’s go ahead and create an app. Run through the following commands to create a new dotnet core console app. 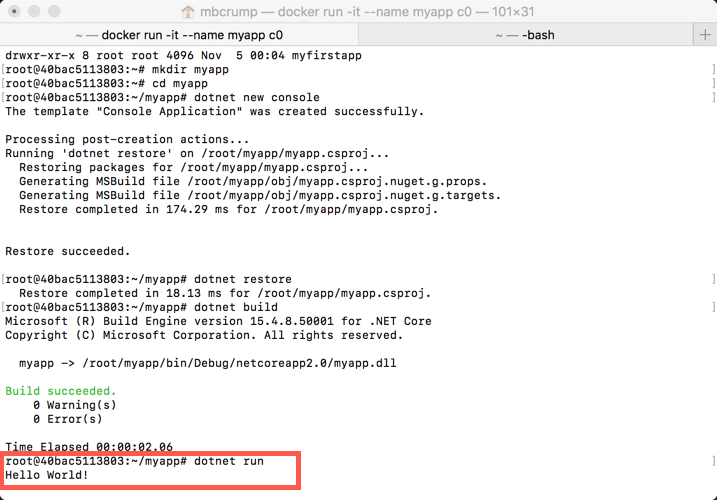 Awesome! So now you have a container that is running your .NET Core app. But what can we do with this? How about creating a version of your app that you could give to anyone that is ready to go? We’ll cover that in the next post.