In this mini-series, I plan to walk you through Docker as I learn it. In short, Docker is an open-source project that automates the deployment of applications inside software containers. For developers, I think it can be summarized with one sentence. Docker automates the repetitive tasks of setting up and configuring development environments so that developers can focus on what matters: building great software. I would recommend reading this post to learn exactly what Docker is in their own words.

There is a couple of things that might help with installing it. On the downloads page, you will want to download the community edition. You will see two channels.

You will want to take the “Stable channel” for this guide as we want to learn on stable builds. Let the installer run as shown below: 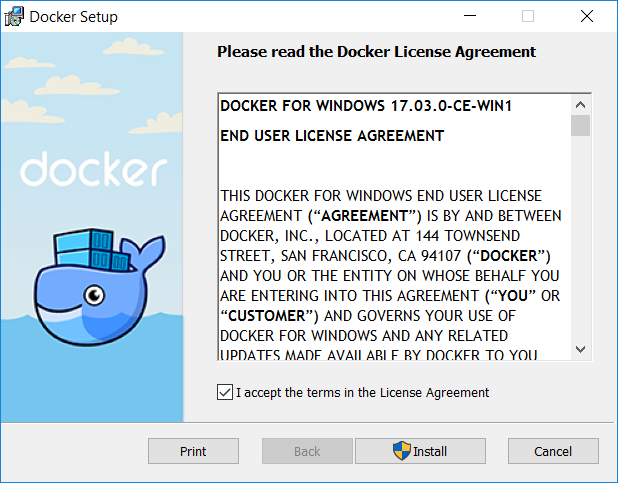 As it is installing, it will automatically prompt you to turn on Hyper-V (if not already on) and reboot.

You can easily verify it was installed properly by opening a command prompt and typing:

You should see the following : 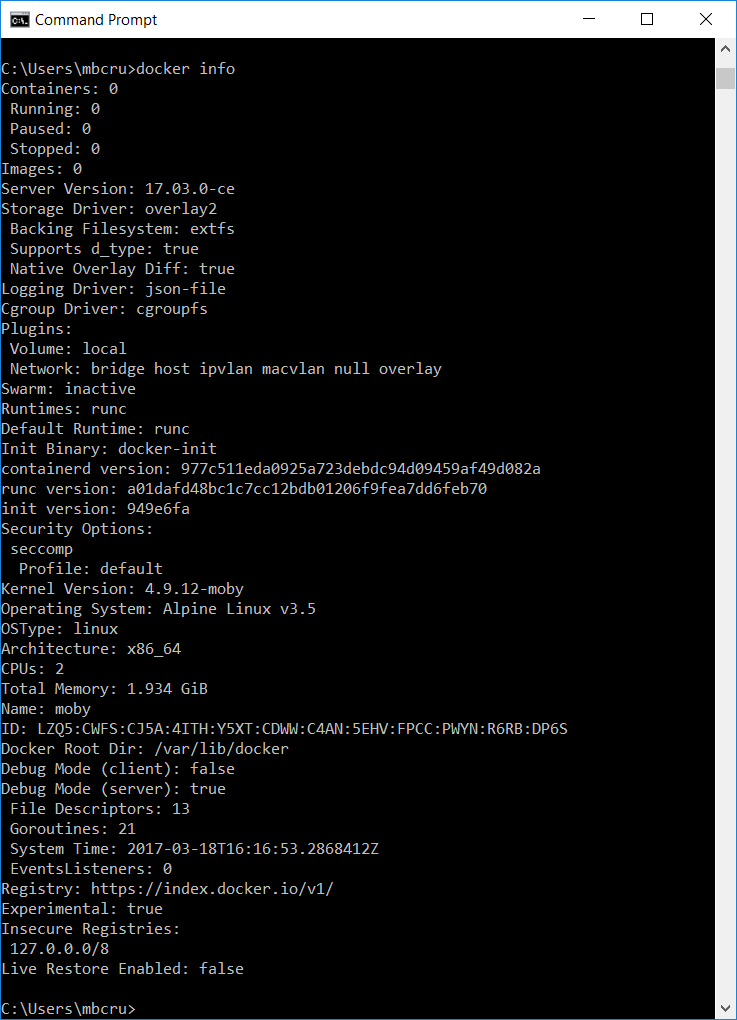 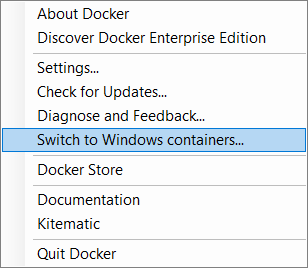 Since I want to work with mongodb. I simply searched for mongodb docker and found the following page. After reading the page, I started with the following command :

You will see the following output after it completes that shows it downloaded it successfully and started the database (I trimmed the output below) :

Open another command prompt (think of this one as the client) and type the following :

Take note of the name (listed at the end of the previous command) and pass it into the command below :

This will start our Docker instance as shown below :

Cool! We have an instance of mongodb running! You can even type show dbs to see the local database.

Note: Keep in mind that the database isn’t secure as you see all the warning messages. In other words, don’t use this in production.

This is very cool! I setup a mongodb server in just a couple of steps! I’m starting to like Docker. As always, thanks for reading and smash one of those share buttons to give this post some love if you found it helpful. Also, feel free to leave a comment below or follow me on twitter for daily links and tips.